You have permission to edit this article.
Edit
News
Puzzles & Comics
Sports
Opinion
Community
Classifieds
Obituaries
Contact Us
Subscribe
1 of 4 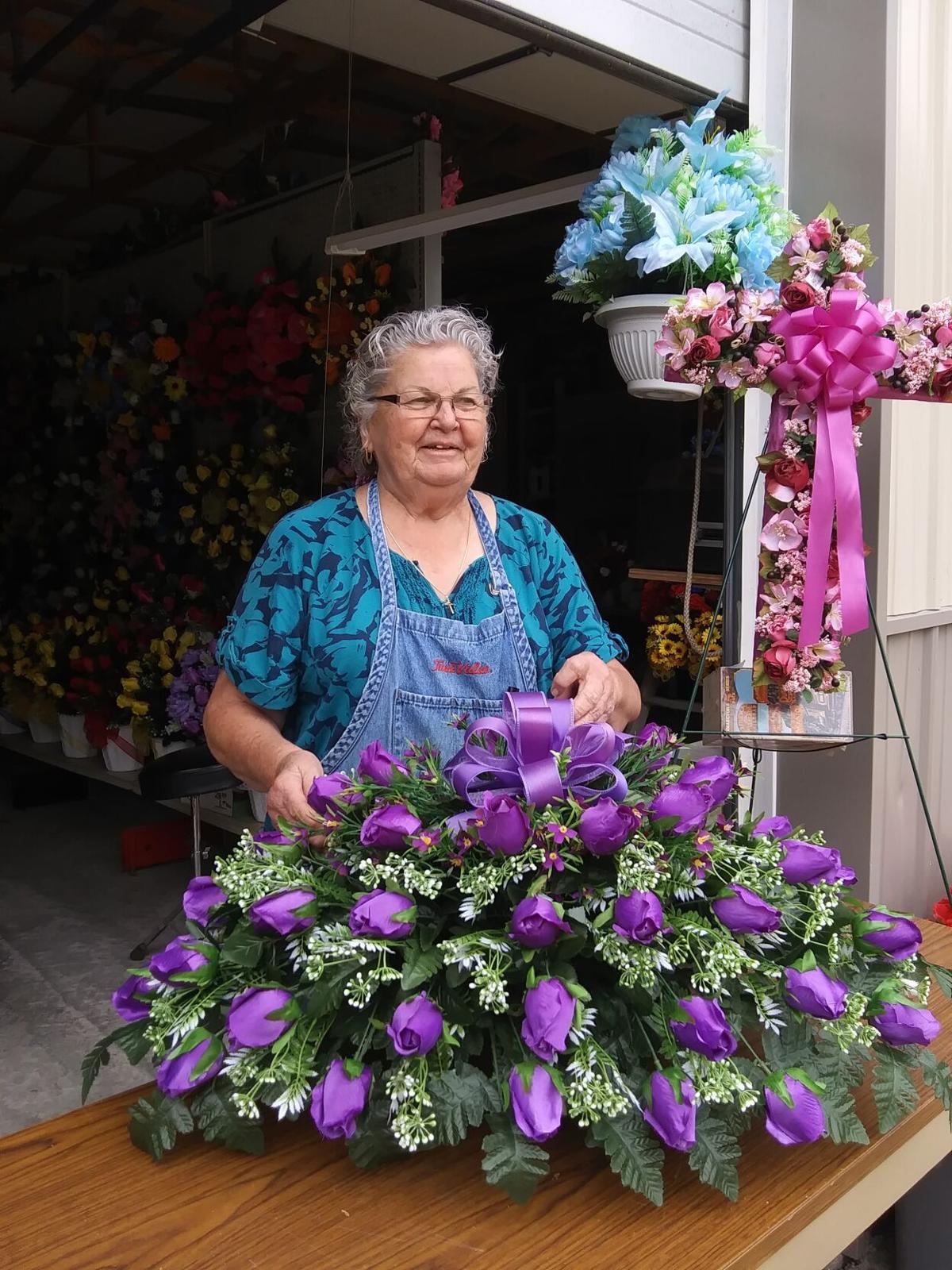 Sharon Bailey enjoys everything about creating silk memorial sprays. This purple one took about an hour, but some take three hours. Renee Fite | Democrat Journal 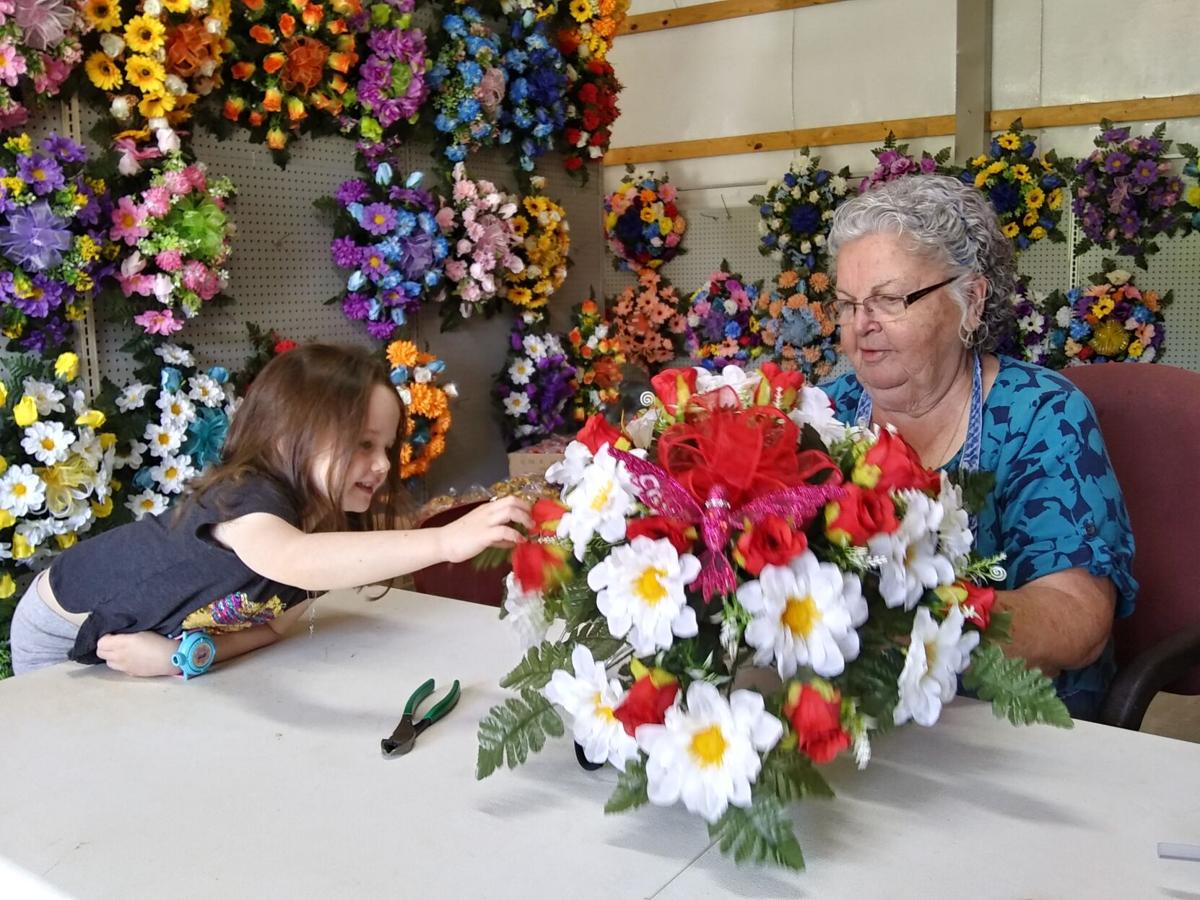 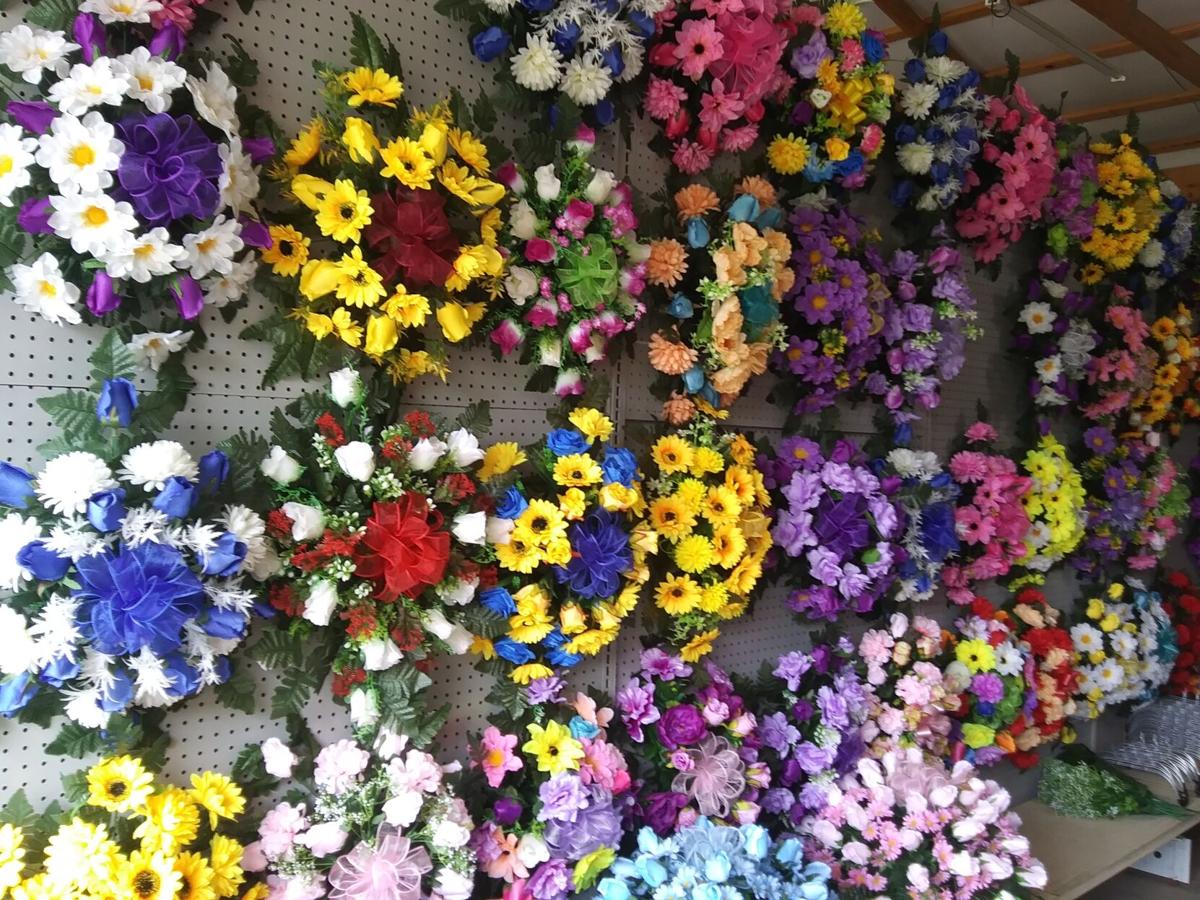 One of the walls of silk Memorial sprays Sharon Bailey has created. Renee Fite | Democrat Journal 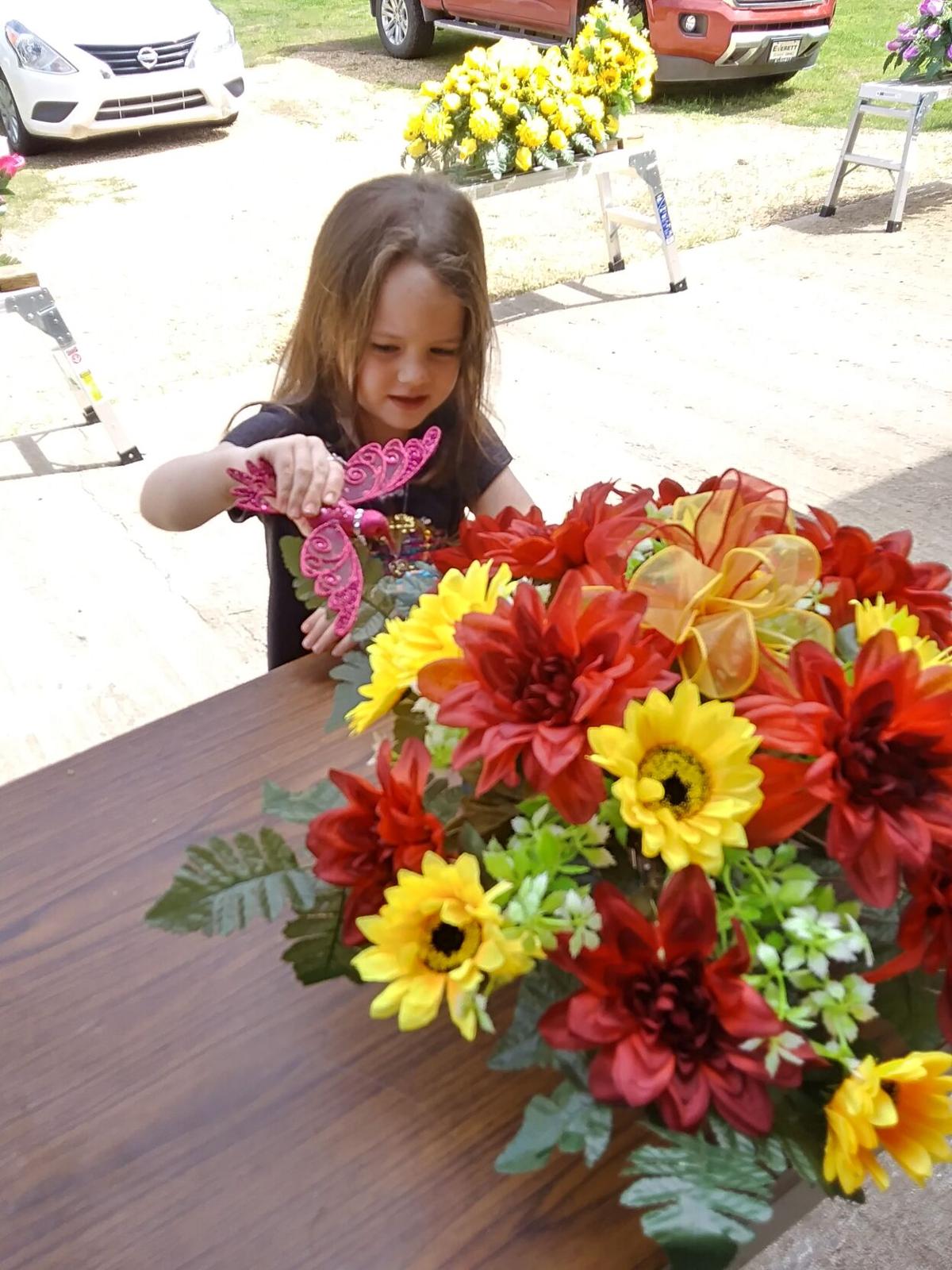 Sharon Bailey enjoys everything about creating silk memorial sprays. This purple one took about an hour, but some take three hours. Renee Fite | Democrat Journal

One of the walls of silk Memorial sprays Sharon Bailey has created. Renee Fite | Democrat Journal

She still marvels at the way her mother would wrap old hosiery over brass screen wire to create petals for corsage flowers.

“Mama would warm old Victual records in the oven, roll them into a cone, paint gold and use for a vase; the center hole was used to hang it,” said Bailey.

It was with her mom she learned to make sprays.

“Mama always decorated Poppy’s grave and had us girls help her. My younger sister does this, too,” said Bailey.

Since her mom passed away in 2012, Bailey has been making them for family and people at Honey Hill. A large section of a garage is lined with Memorial Day sprays in every color.

After 22 years of working in a hardware store in Sallisaw, Bailey wears a worn and faded denim apron, left over from the business.

“I’ve been really blessed to keep strength in my hands. Every bloom has been snipped with wire cutters, maybe 1,000 per day,” Bailey said.

At 78, she is glad to continue working.

“I’ve always worked. This doesn’t seem like work. It’s a delight when I take orders and people tell me what they want,” she said.

Bailey makes a spray for her late husband and 57 other unmarked graves.

“In May before he died, he asked me to make flowers for those graves. I’ve done it the last 10 years now; it was his last request,” she said.

Her great-granddaughter, Emerson, 12, helped her put them out on the 57 graves.

“She clipped off the old ones and put on the new bouquets,” Bailey said.

In her storage area, about 350 sprays and smaller arrangements are displayed, ranging from vases for $15, to large sprays from $45 up.

“It’s more of an assembly line now. I get a tote with flowers, say sunflowers. Another tote with turquoise flowers or white, and I just start. Sometimes I just sit and make bows,” she said.

Her designs are balanced.

“I’m a symmetrical person. If I have one on this end, I need one on the other end, and they must be evenly spaced,” said Bailey.

Colors vary every year. One year, people asked for orange and turquoise, which she found strange. Yellow is always popular. Some years, red, white and blue patriotic colors are requested more. She always gives a discount for military.

“I love fresh flowers in my yard, but this is a hobby,” she said.

It's a hobby she tries to manage by buying in bulk. Ribbon is expensive – and flowers, too.

“I try to keep one of each color of rose. Rosebuds are my favorite, and sunflowers,” she said.

Along with the joy of creating, Bailey looks forward to meeting people.

“I meet some of the most delightful people. And I’ve heard some heart-wrenching stories; some people are inconsolable. People marvel at this little country shop, and some post pictures on Facebook of the flowers,” she said.

She usually sells out by mid-June, but makes arrangements year-round, so she’s never out for long.

“I sell a few throughout the year and donate a lot,” she said.

Besides the fact that they are beautiful, Bailey is most proud of how well-made her sprays are.

“I probably use more hot glue than anyone. I hot-glue the bottom, turn them over and hot-glue from the top. The best compliment I’ve received, other than they’re beautiful, was from people who took them to Abbeyville, Kansas, and put them out in 70 mph winds and they stayed together. They do fade eventually and you can replace flowers, but the spray lasts,” Bailey said.

Along with her mother, her grandmother also inspired creativity in Bailey.

“Ruth Briggs Shannon and my mother took a basket-weaving class. Mom went to Bell-Salem Church and learned from the ladies there. She won prizes at the state fair with her baskets,” said Bailey.

Her grandmother could do absolutely anything, she said.

“She worked at Stilwell Canning and walked from Locust Street to work until she was 70. She and mom embroidered, quilted, crocheted, made rag rugs – they could make anything,” Bailey said.

It seems Bailey can, too.

Sorry, there are no recent results for popular images.

Sorry, there are no recent results for popular videos.

Sorry, there are no recent results for popular commented articles.